In the 11 days leading up to the release of my book Guardian of the Gifts, I posted about my writing process and fun facts about the novel on social media. In case you missed any or all of those posts, here they are in the order posted:

“11” years: Between the research, writing, editing, rewriting, not writing (because I had no idea where the story was going), to the fear of letting it go out into the world it’s taken eleven years. From the first words written in a spiral notebook to the upcoming launch on June 8, writing my book has been an incredible journey.

“10” months to write the second version: While the entire project took 11 years, the second draft took less than a year. At first, I wrote the story using a third person narrator, but I knew something was missing. I actually stopped writing for two years trying to figure it out. Once I realized it needed to be told in first person, I rewrote the entire story in ten months.

“9” thousand words edited. From the first (final) draft to the final (final, final) draft I cut just over 9,000 words. The original ended around 92k. The finished novel around 83k. Along with a lot of extra words, four entire chapters were removed.

“8” characters tell the story. When I decided against using a third-person narrator, I wrote using first-person point-of-view. In other words, the reader would see the story from one specific character’s point of view, including their thoughts. While not all of the characters in the book got a chapter, there were eight main characters who made the book come to life. It was much more fun to write, especially when the characters talked (and shared secrets only they and the reader knew).

“7” experts are listed in the acknowledgements. To finish my novel, I needed help from experts in their fields. The super seven includes those familiar with police procedural and terminology, cemeteries, and football, along with a cover photographer, cover designer, and logo creator.

"6" Beta Readers. Six people read my ARCs (Advanced Reader Copies) and gave me amazing feedback. From big things like plot clarification or a last name spelled two different ways, to the correct way to order coffee. (Yes, it’s true I’ve never ordered a coffee from Starbucks.) They shared quite a few suggestions that made the final novel a much better story. 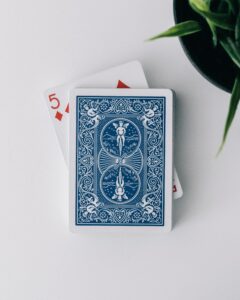 Except for a few very minor details, none of the story was planned or outlined – I just wrote without any real idea of what might happen next.

The name of my publishing imprint “Red Knot Press” came to me while watching the sandpipers at the ocean. A Red Knot is a species of sandpiper.

A date mentioned—May 23—honors my mother. Her birthday was May 23.

The name of the storage facility “Uncle Dan’s Store-More” honors my Uncle Dan, a special uncle who passed several years ago.

“4” Months of Research: While I didn’t research for four months in a row, I did spend about four months researching different aspects of the book. Even though this was a fictional story, I still had to make sure historical events lined up. I used Google maps and images to explore the two cities where the novel takes place and I learning about procedures and timelines (no spoilers!). I spent a good amount of time making sure technical and other information was as accurate as possible.

“3” Cover Images: My concept for the cover included three specific images (hat, journal, glasses) each representing something or someone in the novel. When I explained my vision, Lori Lovelady the cover photographer, found the glasses and the journal, but the hat remained a challenge. After trying out several ‘props’ I realized the hat I needed was hanging in our entry—it was my husband’s grandfather’s hat—and the cover image came together.

“2” Complete Rewrites. While the second version only took ten months, it turned out completely different than the original version. Some of the differences include: The point of view changed. It went from present tense to past tense. Two characters’ names changed. And, another location and another character were added.

I still have the original first ten chapters handwritten in a notebook (the rest was on the computer). Reading it now seems like two different stories. At first, it was hard to change everything; but, once I let the first version go, the better version took shape. 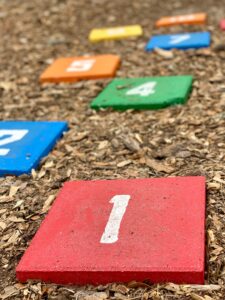 “1” year: One year ago my critique groups finished reading my novel. Since then, I revised and edited using their suggestions. I learned InDesign, formatted the interior, and created a paperback book. I created an eBook. And, I found the courage to let my ‘baby’ out into the world.

Guardian of the Gifts is now available on Kindle and in paperback versions. Follow this link to purchase your copy!