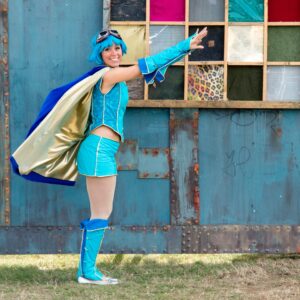 Photo by Michelle Cassar on Unsplash

Many times I’m asked, “How do you come up with your characters?” I explain that I go through several steps – which I will walk through in this post.

While most characters pop into my head as either an image or a name, that’s only a small piece of who and what they are.

First, I usually start with a gender and an age (though that can change by the end of my process).

I also usually have a very basic plot in mind – meaning I have an idea for conflict.

I have an entire Board dedicated to characters. You can view mine here.

With each new story, I add more character faces to my cast of players. This allows me to use previous saved Pins or search for and add new ones.

Once I find the perfect image, I’ll use my computer’s snip tool and paste the image into a document which also contains a Character Interview (more about that in a minute). I make one of these for each character I’m working with and note eye color, hair color, and any other special features. That way, I can refer to the image when describing them and I don’t have to worry about continuity issues – were their eyes blue or green? Did I describe their hair as shoulder-length chestnut or dirty blond?

At this point, the character is starting to take shape but it still needs tweaking to become complex. For me, this next step is what really changes my characters from humdrum to exciting. From boring to interesting. From being a flat image to becoming real.

Next comes The Character Interview. I ask my characters questions and have them answer in their own voice. And yes, I do listen and many times they surprise me with their replies.

To get started, I ask the basics:

What is your name? How old are you? Describe yourself…

Then, I get into some more probing questions:

Do you have a favorite t-shirt? If so describe it.

Name something you’ve saved in your wallet (or purse). What is it? Why have you kept hold of it?

And of course, some deeper questions: (The answers might surprise you!)

If you had no fear of failure, what would you attempt?

What is your greatest accomplishment?

What is your greatest failure?

What is your greatest fear?

Now, I have a pretty good idea of my character – from what they look like to what makes them complex and interesting.

Finally, I’ll complete one last exercise that always produces interesting results. I’ll journal in the voice of my character. Two journal entries that can be hours, days, or even years apart. This one exercise will get you into the head of your character and reveal anger and annoyances, fears and frustrations, secrets and surprises.

Though it might take a while, after going through all these steps I really know each character as a living, breathing person. Which in the end, helps me create a better story filled with complex characters.

How do you create characters? Let me know in the comments.