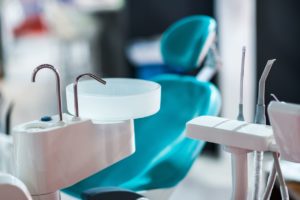 I inherited a lot of things from my father. The love of reading and writing. Empathy. And bad teeth. My teeth are good, but the bone structure sucks. I’ve lost a lot of teeth. A lot. Yesterday, I said goodbye to tooth #5. Not my fifth tooth loss, but my #5 tooth. Out of the 32 teeth I’m supposed to have (counting wisdom teeth) 20 have been extracted. Too bad I’m too old for tooth fairy visits, it might have helped with the dental bills!

Last March, I had an extraction. Soon after the tooth next door (#5) started hurting. A lot. I had consultations. I had x-rays. It showed a perfectly healthy tooth. The dentists talked. They whispered in small circles, but they came up with nothing. Until one dentist discovered I had root tips left from an extraction in 2004. After doing full x-rays (for the umpteenth time) they discovered I had FIVE SETS of root tips left by a former dentist (Dr K #1). They surmised these root fragments nestled in my gums had been causing my pain. They also said they would not even attempt to take them out – that was a job for an oral surgeon. Sigh.

Last November, the new dentist (Dr K #2) came into the picture. Not my hero dentist. But, we’ll get to him in a minute.

Dr K #2 said, “Oh, I can get those root tips. It will take me, oh, about 30 minutes. No big deal. No need to spend money on an oral surgeon.” So, last December, I trusted him to remove the tips. He numbed me and got to work. FOUR hours and SIXTEEN-plus shots later, he hadn’t taken out any root tips. He did give me a lot of pain. And a bruised cheek. And an increased fear for dentists. I was done with that office.

A few weeks later I went to see a new dentist. Dr S., He did x-rays and agreed the root tips were not a good thing. I was referred to an oral surgeon, Dr E. Dr E, said the root tips must come out and they gave me a price which included general anesthesia. The oral surgery date was set for March 22 (yesterday) to extract the upper right root tips, the ones causing the most pain.

A few days ago, tooth #5 acted up again. And why not? That tooth’s been a pain in my, er, mouth for a year, so why not act up again right before oral surgery?

Wednesday night, my daughter Michelle and I had a talk. I was in tears. I didn’t think surgery was the best option. Not with #5 being such a pain. She said I needed to be strong and go with my gut. (This might be a good time to mention my daughter is also my hero.)

Thursday morning, a few hours before my scheduled surgery I made phone calls. To the oral surgeon’s office. To Dr S’s office. Back and forth. They said I needed to get the root tips out. I insisted I needed #5 extracted first. Either way, I felt defeated. Without #5 and the root tips gone, I’d still be in terrible pain.

Finally, it was decided that I’d cancel my oral surgery for now. Go into Dr. S’s office and have him extract #5. Then, I’d go ahead with the root tip surgery.

I steeled myself for the visit knowing what I was in for. I was happy I’d finally be free of #5. Dr S took more x-rays. Agreed to extract the tooth, but said he needed a moment. When he came back he said, “I’m also willing to do the root tips.”

He looked at me, and said, “I can see one of the tips coming through the gums. I can do this. But, we agree that if at any time you want me to stop, I’ll stitch you up and we just remove #5.”

What did I have to lose – other than root tips and a bad tooth? I agreed. And he went to work. I had quite a few numbing shots, and after he tested to make sure I had no feeling, he sliced open the gums and within 30 minutes (counting time for two x-rays) he’d removed all three large root tips and bone fragments from when Dr K #2 botched up the first time. He then put in quite a few stitches as it was a big incision.

Note: I forgot to take pictures of the removed roots (you’re welcome). But suffice it to say, they were huge. And gross. And I could see why I had been in pain.

Next, he made sure I was still numb, yanked a few times and I finally met the menacing #5 in person. She had a long root but didn’t give much of a fight. I think she knew her time of terrorizing my mouth had come to an end. A few more stitches and I sat up and admired Dr S’s work.

I was so happy I was in tears. I gave him a hug. Dr S was my hero. Not only did I get everything done without general anesthesia (which helped not use all my dental insurance) but now I could move forward with a much needed upper partial.

On the way home, lightning flashed across the sky. Thunder boomed. Rain fell in sheets. The root tips and #5 were gone. The tempest had finally been released. I was free of my upper right-side pain for good. And while I still have a few root tips left, I’ll deal with those later.

Although I’m sore, the pain is manageable. I’m supposed to rest for a week and eat ice cream. (I swear my post-surgery instructions include eating ice cream!) They also say no lifting or bending over. I take that to mean I’m not supposed to wash dishes or do any chores either. I mean, I need to make sure I heal correctly. Right?!

Just in case you were wondering about the name of my dentist hero. He’s Dr Serrano (at the Hall of Fame dental office on Calloway). I can’t thank him enough for his expertise.