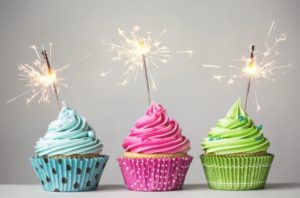 I thought 60 was old. Like using a walker with green, un-fuzzy tennis balls on the bottom of the walker legs, old. Like not being able to thread a sewing needle on my own, old. Like, drinking copious amounts of prune juice daily, old.

Twenty years have passed. Today I turn 60. And I realize 60 isn’t as bad as I thought it would be. I don’t use a walker. I can thread my own sewing needles. And I don’t do prune juice in any amount.

Twenty years ago, I wondered what life would be like and if I’d have regrets. And now today, it’s here and I’m happy with my life. Although I do have a few regrets.

I regret spending too much time worrying about things I can’t control and not being in the moment.

Sometimes (way too many times) I get caught up in stuff and forget to enjoy what’s around me. The other day we had rain. Yes, in California it’s almost cause for a national holiday. RAIN! A unique phenomenon in our south valley city when water falls out of the sky and makes it to the ground. As the skies opened up, I made a point to stop what I was doing and open the window. Then I sat and stared out the window.

And after it stopped raining I felt at peace. I had no regrets. I was in the moment.

Another regret is that I prefer eating chocolate instead of eating vegetables.

What can I say? I know better than to buy one of those 72oz bags of chocolate chips from Costco, because the truth is, I’ll probably sneak little handfuls of chocolate before I ever make cookies. Then I’ll regret my decision to give in to my cravings (and having bought the giant bag of chocolate chips). The trick is to keep both on hand, so they balance each other out. Okay, so I made that up, but I’ll consider snacking on chocolate another way to live in the moment. I’m 60, so I can make up new rules!

Another regret is not thoroughly cleaning the house until company is coming over.

I admit I’d rather read or write than clean. Especially when it comes to dusting. Or cleaning the bathroom. Or mopping. The important stuff gets done. Like dishes. And the stove top. And folding laundry.

We tend to clean better when we know there’s company coming over. And it’s amazing what can get accomplished in a 1 to 2-hour cleaning frenzy. Besides, living in our area, one just opens a door or window, and everything is covered with dust again. So, instead of constant cleaning, it’s need-based cleaning. Like “we need to clean because people are coming over and we don’t want them to think we never clean” kind of cleaning.

So, as I look back, I realize life’s been pretty good. Just so I remember to live in the moment, eat a little less chocolate, and take care of those dust bunnies before they’re bigger than the dogs.

Looking forward I don't think 70 is so old. And, on the other hand… 80, I might need to rethink the definition of old. Just so I don’t have to drink prune juice.