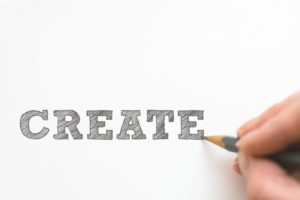 Many years ago I had an idea for a story. The characters included three roommates with distinct personalities, a quirky boyfriend, a mentor, a missing person, and a really, really bad guy. There was a strange box with items of unknown powers. It was set in San Diego and the main character had four months to accomplish a task before time ran out.

My earliest notes dated back to March 22, 2012. I researched, a lot. Mostly historical stuff because it was important backstory. The title changed several times. Character names changed. I began writing in third person and the narrator oversaw the story. My critique group loved it. One guy was in the hospital in a coma. The other characters were distraught and dealing with the looming deadline. The missing guy was still missing and the bad guy… well, he was still making everyone’s lives miserable. But, something was missing. I knew something wasn’t right. So, 40k words into the story I stopped writing. Not another word.

In the meantime, I wrote a lot. Short stories. Nonfiction. Creative fiction. Academic writing (I finished a BA in English/Creative Writing and started an MA in the same discipline). But, in the back of my mind, I wondered how my characters were doing. Would they be patient and wait for me to come back or would they disappear forever?

I also read a lot. And while reading stories with multiple first-person narrators, it hit me. My characters needed to tell the story. Each one, in different chapters. I went back and looked at my cast – 10 characters, eight of them were integral to the plot. I started back at the beginning, in the voice of Alli, the main protagonist:

It’s all Cheryl’s fault. First, she talked me into that absurd storage auction. Now, I have Jason’s box of Gifts and must find him before the first week in January. And if that’s not enough to worry about, Ronald’s threatening to kill me; and, poor Russell, well he’s… (Guardian of the Gifts, page 1)

That was August 2016. One year ago, when I decided to let each character tell part of the story, in their words. And by doing this, they revealed secrets to the reader (and to me). Although I’d done extensive character profiles before I’d started writing the first time, this was different. I found out how Liz’s father died, and why she didn’t trust people. I found out why Ronald was so screwed up. And I found a hero that never existed in the first draft.

If this sounds strange, please realize I don’t plot when I write. I just sit down and let it happen. Yes, I make notes and write down a few things that need to happen, but I make a rule not to outline. I hate outlining. Although I’ll confess, there is one small exception to my rule. Right now I’m 86k words into the story. I’m so close to the end my characters wake me up at night to let me know what might happen next. They don’t let me sleep until I take notes and let them have their say. Then they wait patiently for me to get up the next day and write their chapters.

I’m so thankful my characters were patient as I figured it all out. They’re much better storytellers. And, believe or not, even though I think I know how it’s all going to end, they might surprise me. That’s one of the reasons I love to write. Because even though it’s my story, my ideas, and my characters – giving them the chance to be in charge takes a lot of the pressure off of me.

How do you write? Are out an outliner, or a pantser (seat-of-the-pants writer) like me? Share your methods in the comments.