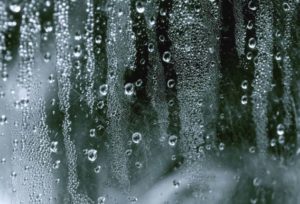 My dad loved to tap dance. Even into his late 80s he would don his shiny, black shoes and tap his way across the kitchen floor in rhythmic precision. He loved to perform and was part of a senior dance troupe in Fresno, known as the New Wrinkles. Just before he passed in 2010, he told me that every time I heard the rain, it would be him doing a tap dance in Heaven. It would be his way of letting me know he was watching over me.

Over the years I’ve thought about his comforting words, but until last week, I never realized how much they meant to me.

Last Friday, on the evening of October 31, we finally received some much needed rain. Here in Bakersfield, water is scarce and any measurable precipitation is appreciated. After the howling wind drove away the trick-or-treaters, the rains came along with a rare thunder and lightning storm. Standing outside, I watched the lightning flash horizontally across the sky, then counted the seconds until I heard the thunder. A few seconds this time – less than a mile away.  It was close, almost right over the house.

I stayed outside for quite a while. Rain always calms me down. That night I really needed fresh air because a few minutes before the storm hit, I’d gotten a message that my sister had passed away. She was 54, with Down syndrome struggling with several health issues over the last year. Now, she was finally free of all of her challenges.

As I pulled my sweater tight around me the rain pounded on the patio roof and my dad’s words came back to me. But this time, I heard them in a new way. The rain and thunder were more of than just a way to let me know he was still there. It was like he was letting me know Heaven was celebrating my sister’s arrival. She was back with my parents again and they were letting me know things would be okay – that I’d be okay. With the physical touch of the rain on my face, I felt comforted. In that moment I didn’t feel so alone.

I miss my parents. A lot. Especially at times like this, when the ache in my heart is so overwhelming. I miss my sister. I remember the good times we had together as kids.

I wish I could get one more hug, one more squeeze, and one more conversation. I wish my mom and I could peruse one more yard sale. I wish I could watch my dad tap across the floor listening to him sing songs from his favorite Broadway musicals. I wish I could have one more paddle-ball competition with my sister.

I wish it would rain again.